Some mornings like this I miss you, but I'll get over it.

Acknowledgement is the first step to recovery!

I think to myself, where are you now, what are you doing, have you eaten, who are you with, how's your injury... Then I catch myself and remove those thoughts, life is too short to sit around thinking of things which aren't productive...

Jon, Hansen, Dorcas, Grace and Jaren made me a very happy yesterday. I haven't had so much fun in ages. I didn't want the day to end, not at all! Goes to show that you can be happy with awesome friends even when you are nursing a heartbreak.


In fact, you absolutely need friends around you - never be alone to ruminate! Look at my lovely friends! 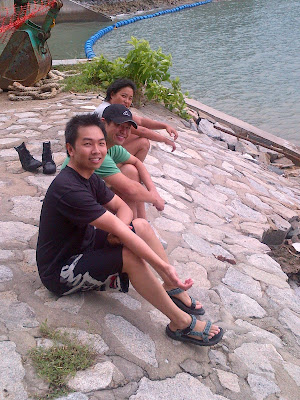 So Dorcas and I somehow just decided we'd go cycling at East Coast park! I haven't cycled in years, seriously. But it was good fun just cycling from one point of the beach to another. 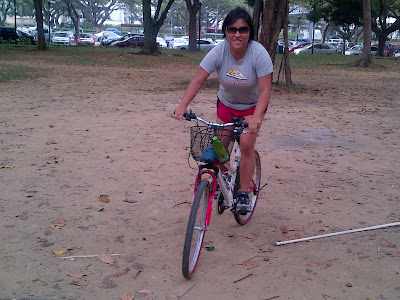 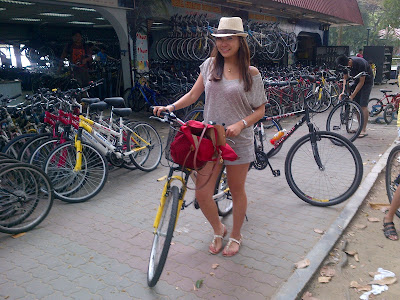 Halfway, Dorcas and I met this awesome bunch of fella at Bedok Jetty and we basically usurped their rods to fish! And oh we were so lucky we caught a TON of fish!!! 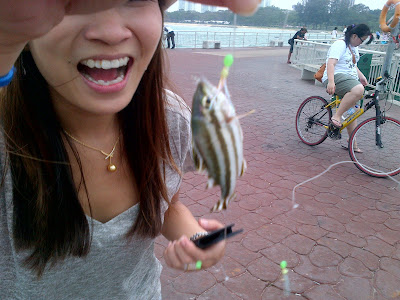 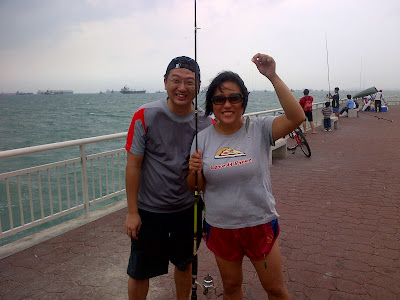 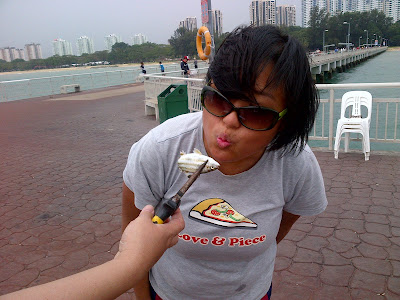 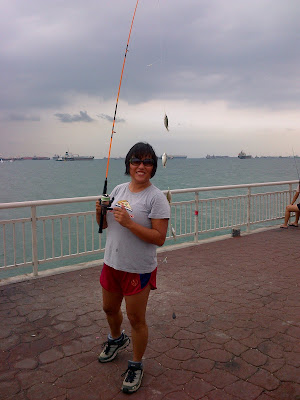 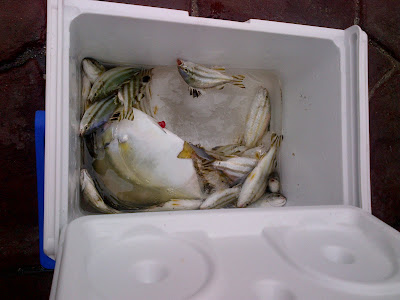 Seriously, the amount of fish we caught was amazing! We were really lucky to meet these random men who allowed us to literally kidnap their rods and fish for an hour!!! It was so fun, you know the thrill of reeling up a catch? We caught so many fishies, I was shrieking with excitment!! :)

So Hansen and Jaren join us later for part 2 of cycling - Can you believe Hansen and Dorcas Tandem-biked? The thought of them doing so was so mega hilarious, I couldn't stop laughing initially! 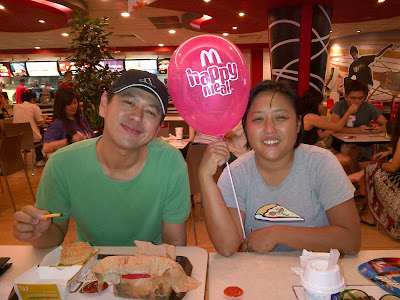 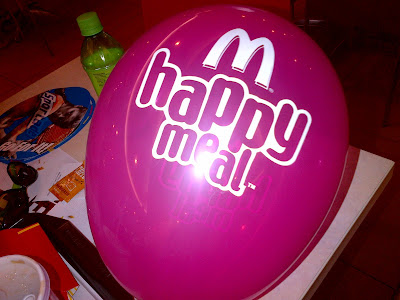 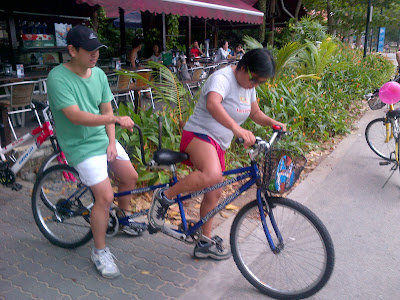 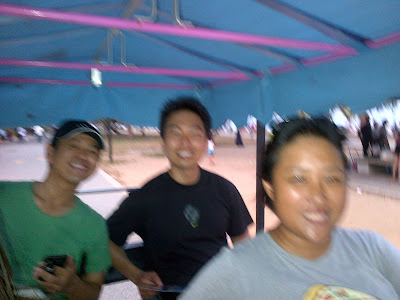 Look at us on the quadrobike! Look Ma, no hands! 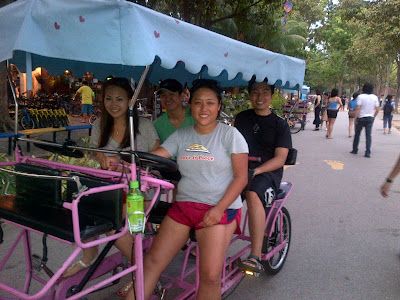 Hansen left at 7pm for his tennis lessons, but he had gotten it wrong when he had gone back -- should have joined us at ECP lagoon for dinner! Ooh I bumped into Michael, so he joined us! What a day! 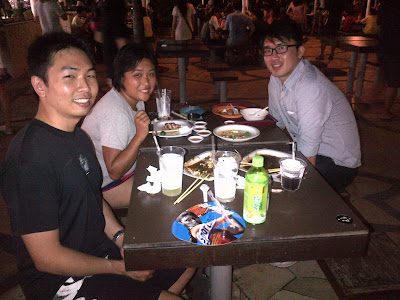 So at night, we went to Royal room with Grace and her gang -- and Hansen and Jon joined us too. I had to keep shuffling from 1 table to another because I didn't want to miss the fun at either. Hansen was getting so dead drunk at 1 table, while I really wanted to know what was going on between Grace and Scott on the other table! Anyways, Jaren was there too and he kept sleazing on Amy (yo, whats new?). Anyway, was awesome fun!

Hansen was so high, he kept dirty dancing with the boys, made me laugh so hard! The last time he was drunk he gave me a lap dance -- not like I minded. And he kept trying to make me touch his butt -- which is very unlike him, since he's so prim and proper in person! I laughed so hard with Jon my sides started to ache. I could hardly even stand straight as Jon was cracking a bunch of sick jokes about some stupid PRC dressed in Hawaiian attire in the club. We headed off to Filter for part 2 and then I don't recollect much anymore after that.

I guess when you're buzzed out, you have too good a time! Oh and I bumped into Esther at Filter *WTH?* and so gave her a ride home. My sister has grown up, hasn't she?

I want to have fun today too, live it up. Forget all the pain, begin to live again! The week ahead and starting to look fab! :)

Cheers to the friggin' weekend!