Marrying for Love or Stabilty? Which comes first? 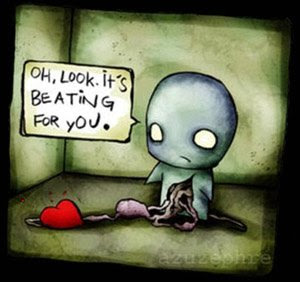 Marry for LOVE or STABILITY?

I love times when I'm in a car with someone else. It's times like these where you can share a real conversation with someone else -- many times these are heartfelt conversations that can tell a lot about a person. Many a times what they say comes as a surprise to you and you realise that there is this whole part of them that you don't know yet.

I've known Kenneth Kwok for like almost all my life. We were brought up in the same church, the same sunday school and our parents knew each other since forever. We were close as kids but somehow in time, grew apart as I moved away to a new church. However, as we grew older, we started to reconnect through friends and I'll see him infrequenty throughout the years due to the fact that he studies at NYU. I see him kinda every summer and the pockets of time when time allows for us to catchup - online and offline.

So today we had gone to his friend's house to play board games with his friends until pretty late but on the way home he was telling me that there are 2 kinds of girls. Those who marry for love and those who marry for security and stability. The latter might not really love the guys with everything but because he can provide for her with a stable life, she is willing to settle. Minority are the girls who stay with a guy purely for love although he obviously cannot provide for her and possibly a kid. He said girls were being more practical now a days and no money, no talk.Kenneth said he would not get married until he could be confident of supporting a wife and a kid.

This was freaky for me to hear because marriage is like soooo far from my mind and there we were in the car, talking about marriage and children like its a couple of years away...

Do you think they are actually feasible and if so if a woman wants financial security in a guy, does that necessarily make her materialistic?
Posted by eStee at 7:40 PM

There's nothing wrong with wanting financial security. The real problem comes in when one is focusing too much on this aspect... that's only my opinion.

First find friendship, then love. As you begin to contemplate longterm relationship, financial security has be a factor. For a guy, it sometimes comes down to 'will she help in my career or business development'.

The reason I ultimately married is to enjoy continuity of experience with a family. It is just so disjointed when 'this girl knew me in the 80s and that one knew me in the 90s' - no one really knows the whole you.

From my experience, having been married a good while, a decent level of financial security is important for a marriage to work.

By decent, I don't mean rich, but enough for both man and wife to afford the very basic things in life such as housing, utilities and other necessities of life, with some leftover for a little entertainment.

Without financial security, both will be worrying about money most of the time and the marriage can break down because when you're too busy worrying about how to tackle to hill of bills, you have no time to devote time to each other.

So, no, a girl's not materialistic if she wants some financial security.

You're probably in the best position to answer that question. Would you marry for financial stability?

Doesn't the wedding vow go "for richer for poorer...till death do us part"?

I agree with Sicarii on this. No relantionship will survive on hope and love alone, that is a fact. I doubt you can actually eat hope or love for that matter (yes i always think of food, but that's besides the point)

But ultimately a sense of financial security is a must.

marriage is so far away, i wont even tart thinking about it...

Very descriptive article, I loved that bit. Will there be a
part 2?

These are really wonderful ideas in on the topic of
blogging. You have touched some fastidious points here.
Any way keep up wrinting.

Your style is really unique in comparison to other folks
I have read stuff from. Thanks for posting when you've got
the opportunity, Guess I'll just bookmark this web site.

Very descriptive post, I enjoyed that bit. Will
there be a part 2?

Truly when someone doesn't understand then its up to other users that they
will assist, so here it takes place.

Highly energetic blog, I enjoyed that a lot. Will there be a part 2?


Here is my website :: clash of clans hack cydia

You should be a part of a contest for one of the greatest sites on the net.
I will recommend this website!

Pretty section of content. I just stumbled upon your web site and in accession capital to
assert that I get in fact enjoyed account your blog
posts. Anyway I'll be subscribing to your augment and even I achievement
you access consistently rapidly.

excellent put up, very informative. I ponder why the other specialists of this sector do not understand this.

You should continue ykur writing. I am sure, you've a great readers' base already!

What's up, I would like to subscribe foor this webpage to get latest updates, thus
where can i doo it please assist.