I did love u a lot at one pt of time 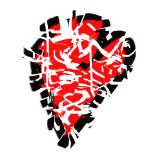 Sometimes when we let go of something, we tend to think it is the best thing to do at that moment. But when it's all over we look back and ruminate. Maybe it was a wrong choice to let go of that thing, because we may never find it again.

When I think of decisions I've made in the past, I regret some, but there are those that I am proud of. Mr Ex-bf messaged me out of the blue yesterday saying that it was good being single and that he was bad with girls. What a "not him" thing to say, he has always been a firm believer of love. That kind that secures a good job, provides for his family and will be nice, caring and faithful.

What has the world done to him? I hope I didn't cause him to be so jaded. He, of all person not believing in love? CRAP. He was never like that. Guess he had a couple of beers to many and was watching a ton of HBO sappy shows.

"Just keep it simple and slow - and btw i did love u a lot at one pt of time".. thats what he said to me.. "but i jus want u to know i had a hard time with u when we were together however i did enjoy those good memories together =) but i guess i ain't good enough"

Sadness wafted over my being... aint good enough? What did I ever do to give him that impression?

Why did this relationship break down? This dude flew down to USA to find me when I was there. Took me and my sister out etc, what happened along the way that caused me to change? Was it me? Was it him? Why am I dissecting it now that is over? Or is it not?

So many things are happening in my life, so quickly. People coming and going, meeting new people - some things are just so transient. Sometimes when I'm all alone I think to myself, did I let go of something good? And what drove me to do it? What are the 1001 excuses I pull out each time, but how true are they?

I once told him that he was not ambitious enough, who the hell am I to say that? Ambition is not the most important thing. What's the use of ambition when the guy doesn't spend any time with you? He did and would give almost anything just to see me. Why was I not happy? How could I have said something so demeaning and insensitive? Who am I to judge when I'm no better myself? Have I made him change into something he is not? Have I made him think that ambition is everything now? So what if he tells me he has an internship with UBS now, has he forgotten what he was initially? He was Mr. family man... please God don't let him change into anything else. I don't want one girl to miss having the chance of a perfect relationship!

How can unrequited love last so long, after the pain I've put him through? Is he human?

There is something about me I absolutely hate. I am really stubborn and I have to change that for the love of God. If not i will forever stay this way, hardened and cold. And I don't want to die this way... so help me God.
Posted by eStee at 6:00 AM

hey! i'm going to cali this weekend and won't be back until september...here is the website i was talking about where i made extra summer cash. Later! the website is here

it breaks my heart, when some of us have so much love to give, but it's not always about us -)

unrequited love, stems from an unconditional love. and to me, that was demonstrated most evidently in Romans 5:8

thanks you all... unconditional love. think that is only from god..

i guess it happens all the time as we continue to chase after different things at different points of our life. We sometime forget to spend the time on the things that might matter most.

Someone once said to me,

"What can you afford in life if you can't afford time?"

ur posts these days are so melancholic.. what happened?

bjorn: not melancholic at all.. just thoughts. but im upbeat! :)

astro: time is invaluable isnt it. you can never "find" time, there just aint enough, but u have to "MAKE" time..

yee hung: the funny thing is that i totally agree with you. but the confusing thing is that I dont think I regret what I did, which is what makes it more amusing/depressing..