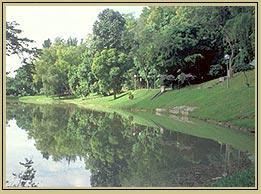 I've always had a real small bite for adventure -- especially the kind that resembles any thing close to the supernatural. Call me cowardly, but I don't see how anyone can get a kick from being spooked. Seriously, what so cool about chasing "spirits"?

Gerard took me to Kent Ridge Park at like... hmmm 1130PM last night and there, I got bitten by mosquitoes! Tons of them! I was living, breathing bait! But it was my first time there and there were many kids playing with like fireworks and like throwing sparklers around! It was a real pretty site! To thin so late at night, there were still sooooo many cars and people there!

It was really nice and cool, but I kept thinking I was in a zoo! The frogs were croaking non stop and I swear they sounded like cows! (Is that why they call them BULL frogs?) 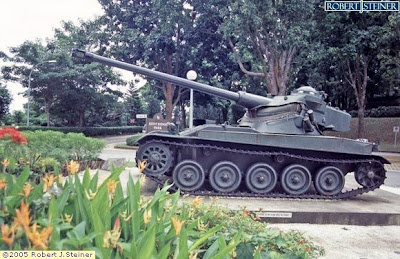 I saw this tank as well, but in the night it seemed a lot more "eerie"...
I wouldn't go there unless I was with someone - human of course - who has the guts, especially so late at night...

Nonetheless, thanks to Gerard for the flowers! 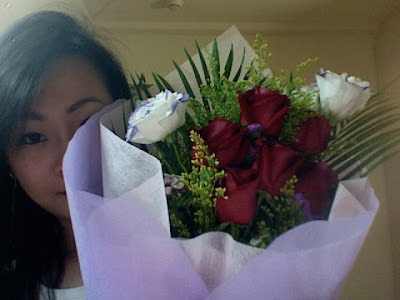