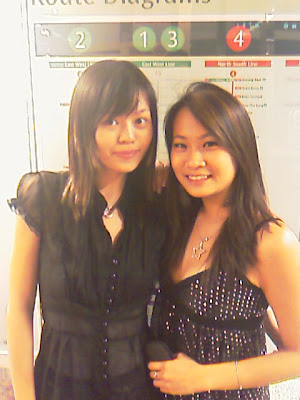 Weisan and I met a fortnight ago... you know, just to catch up and all... just between us girls. OMG she's getting MARRIED! yes, it's true. My sec sch gf getting married. Oh how we used to drive the chemistry teacher crazy... it was good.. and now already as i speak, she is legally a MRS. *shudders*.... I'd DROP DEAD if I were married... 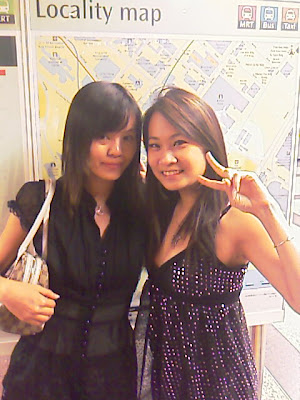 Ok.. enough of gossip. The other day, Daniel from Moscow visited and we went to Kuriya, this nice Jap restaurant in Raffles City... we even got a private room, thanks to Mr. TONG... 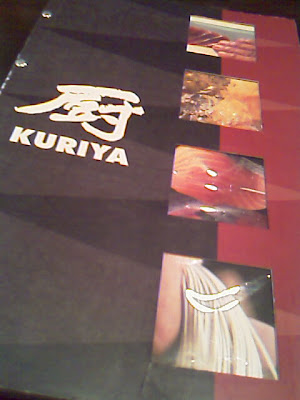 Yeap, you can't have Jap without SASHIMI!! 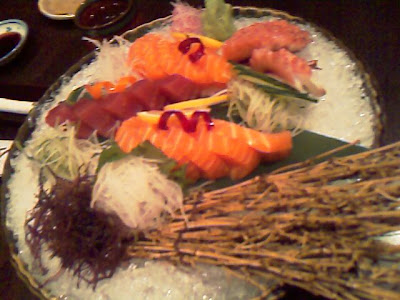 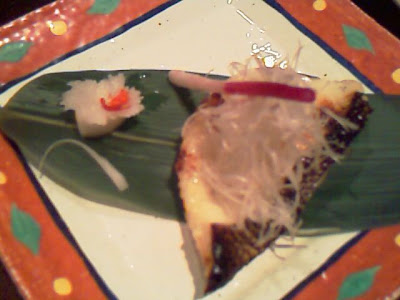 OR MEDIUM RARE STEAK!
(OK FINE, NOT SO JAP BUT IT WAS GOOD CAN?) 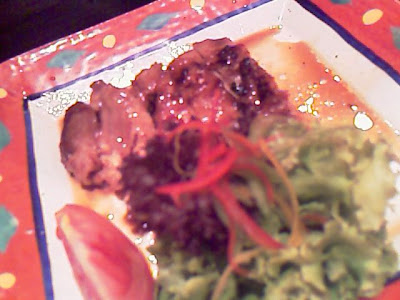 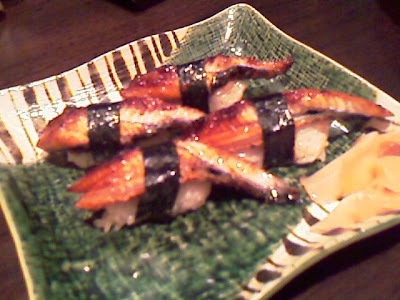 .... DANIEL HAD SOME RED BEAN ICE PASTE WITH GREEN TEA ICE CREAM AND WE HAD A COUPLE OF BOWLS OF LIKE SOBA AND ALL, BUT I DIDN'T GET GOOD PICS OF IT.

The price was expensive, but I guess that's what you normally pay for good food?

Talking of good food, 2 weeks ago, we went with Wendy and Mike to Tratorria Lafiandra 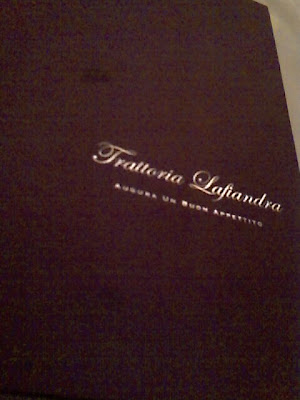 ... for pizza and pasta. I think it's only and OK place but Ming seems to love it for some reason. Yes, it's reasonably priced.. and the pizza is great, but I think the pasta is so so only... 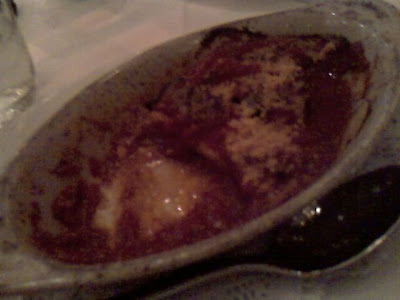 This was some brinjal dish..

I know it looks yucky, but even how much you hate your greens, you'll love this... there's so much cheese it hardly tastes like you're having vegetables... if u hate cheese, stay off this.
Wendy had a risotto, which was too salty and had to be changed for a new plate, but it turned out just as salty.. may it's supposed to be that way? I don't know but the last time I had risotto, it was super, so maybe my expectations were way up there... 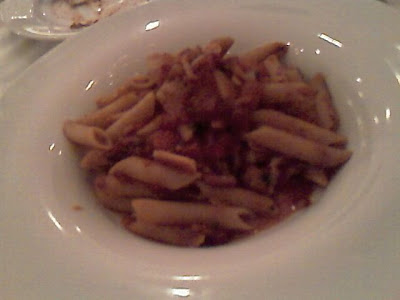 I had some arrabiata shit.. which was ok la... 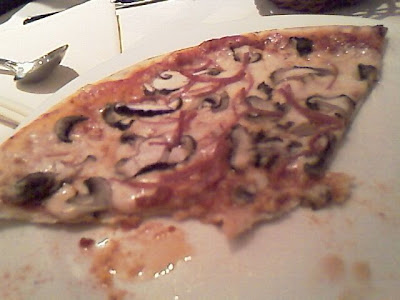 As always, the pizza is a winner for me. If you like thin crust pizza, oven baked with like tons of oooey doooey cheese, you'll fall in love with this!!! MAMA MIA!!!!

This is a pic of Daniel (from Moscow)... we brught him to another Sudanese restaurant I think, at Suntec City... The name of the restaurant eludes me now.. 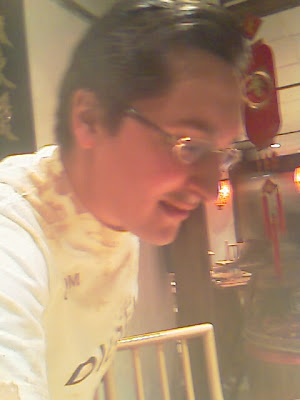 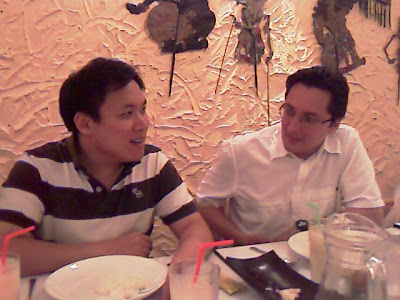 And Denka calling the shots and ordering our yummyicious food!!! 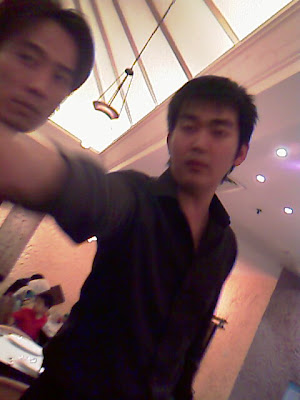 Mutton... and the funny thing is u can suck the marrow out of the bones after eating the meat... check out the straw!!!! Of course I gave it a MISS!! 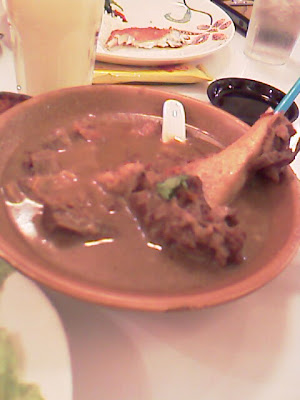 Beef Rendang below... or was it mutton?? *dang* 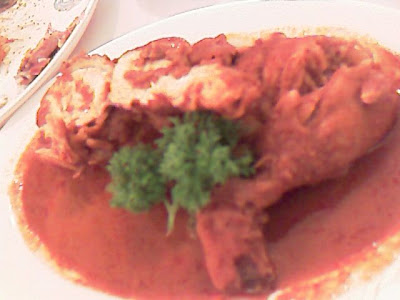 Have to have your greens rite? 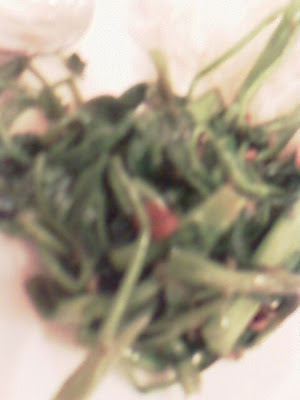 Then some fishy fish fish!!! SPICY!! 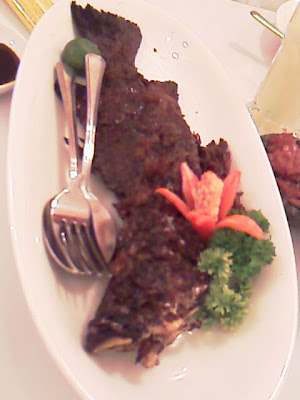 MORE FISH!!! i really loved this one.. it was as crunchy as keropok!!! 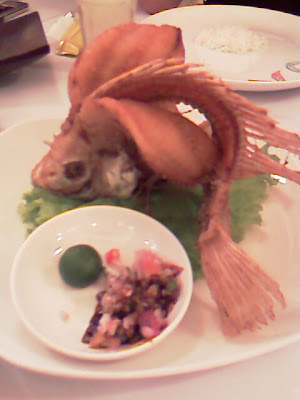 Speaking of which.. we also had crispy fresh keropoK! YUMMY! pokpok! 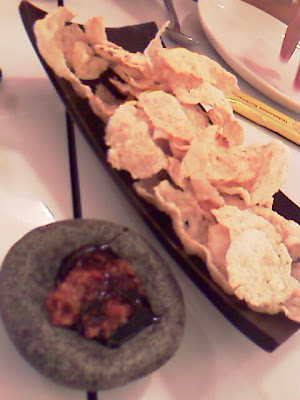 And below I present you wit us gluttons... yes all 16 of us! 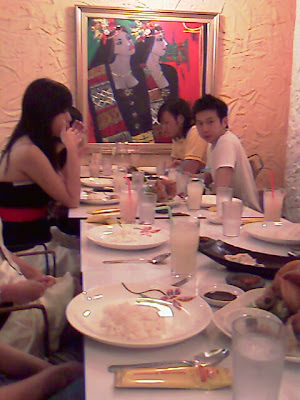 Sigh..I know what you mean man..weekend makans seems to put back what you try to lose during the weekdays yeah?

As much as I can, I try to gym it out during lunch time three times a week and after all that feel good, the weekend comes and everything you did went down the drain.