I told "A" to stop talking to me for 6 month. And if he still wanted to, to call me back in 2012, when his thoughts were clearer.

This is for the best, because although very harsh, if I never cut the ties off, I will only cause him grief, although he says I only make him happy. What a loooooaaaad of bullshit.

And he might not understand this now, but I hope he will later. 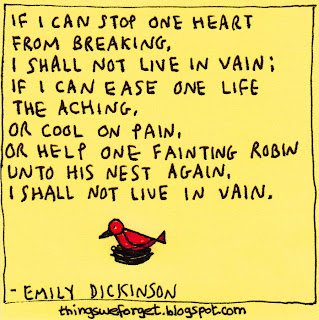 He said "I was running away from him", but no, I'm not running away from him. I have completely no need to run away from him. In fact, I'm asking him and giving him the chance to "run away" from me. Because it has been too long that he has been waiting and it is not right for me to do that to someone else, friend or not. My conscience will not let me pass one day. And the things he buys me, I cannot take anything from him anymore. Even when he says it's for a friend - friends don't do things like that for one another! And even if he can afford it, I can't afford the guilt on my shoulders! It makes me feel downright rotten.

MY WEAKNESS IS THAT MY CONSCIENCE NEVER LETS ME DO ANYTHING WRONG. UGH!!!!!!!!!

A clear conscience is my best mattress

I choose not to gamble with someone else heart, because what goes around comes around. And it is wrong to allow someone to bleed when you have a band aid in your hand.

Good bye, A. I hope you find the happiness you are looking for, miles away from "home".

And so the housekeeping begins... I'm bad at letting someone in easily, but I do a good job letting someone know when the door cannot be open for that person's own sake.