Hong Kong was mayhem-fest, booze, boys, party, food - everything your mom told you to stay away from; anything that can and will hurt you if you go too overboard.

Indonesia, on the other hand, when I returned, I felt so tired, as if a TRUCK had hit me. As if I'd been run over a few time and left for dead. Worse thing, I came down with pink eye. Ugh. It was a mission trip to help the poorer children in the villages and equip them with knowledge that will help mould their young minds. 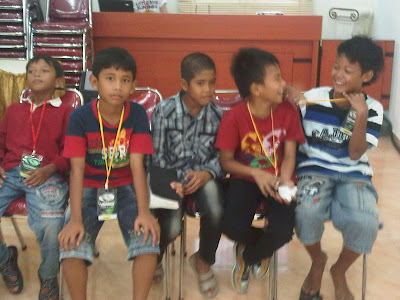 I guess simple the concept as it is, the moral is that if you "give", you will feel spent. But if you receive, it doesn't tire you that much. Every one was buying us rounds and rounds of drinks.

Indonesia was an eye opener for me - there's so much work left to be done there, so many lives left to touch. To be honest, some parts of the trip, I was resentful at the fact that I had so little sleep and so many responsibilities. but I guess it made me grow up in some ways, never to take things for granted. I pray God refreshes my spirit and open my eyes more, so that I may do His work with the right attitude.

What touched me the most was that the people there was sincere and polite. I met this woman - Maria and this boy, Andre. And they made a great impact on my life. Maria was the translator for the entire duration and the amount of energy she expanded would put me to shame - yet she was hospitable, caring, and such a lovely person. I pray God moulds my heart to be more like hers. Andre, also, though I didn't get to talk to him much, was the most polite and helpful guy I HAVE EVER met in my life. How do boys in their tweens, from rural villages, know how to treat girls with so much respect? I've never met a guy like this locally before!!!! What amazing upbringing!! Anyway, will stop gushing now... 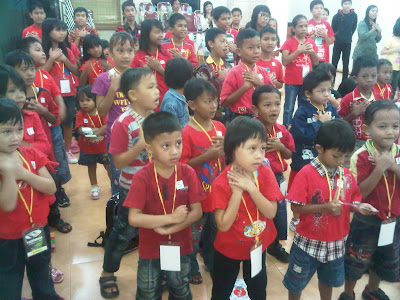 I also met this tiny 4 yo girl, who seems like she's only 2 yo! Her name is Suryati. And that's her sister, Ezra. They were so lovable, I have a knack for the "run of the pack". 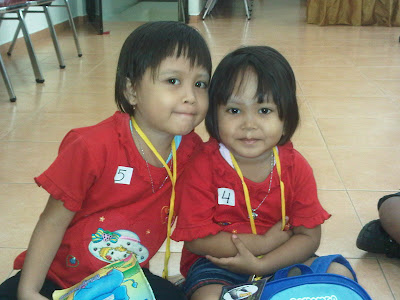 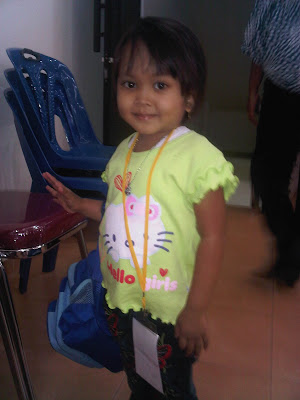 And then, of course you meet the mischievous boy who only makes you laugh, couldnt even bear to tell him off despite him being a real handful. 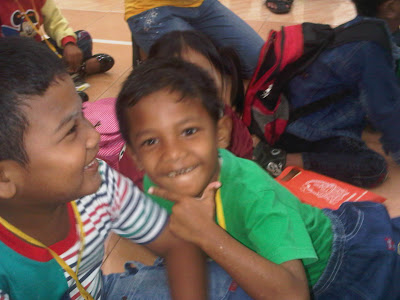 If there's 1 thing I absolutely love, it's gotta be children. They really are God's gift and it warms my heart that I can bring a smile on their faces.
Posted by eStee at 12:07 PM