Blogbuzz was glad to have honoured guests over the weekend come join us in an interview session. -PICS HERE!- Nice rite? Females outnumbering the BOYS!! I like! :)

And yes, I managed to get Steven Lim on an episode. I know many people dislike him and at first I was apprehensive about getting him on the show. Afterall, he has been a very controvercial figure... yes he has been in yellow undies on the Singapore Idol show, he has stalked girls on outside Tang, claiming to be Singapore's best eye brow plucker.. as well as.. you've seen his online feud with Xiaxue..

Some of you love him, some of you detest the very sound of his name.. but I thought, why not give him a try before judging him as a person?? 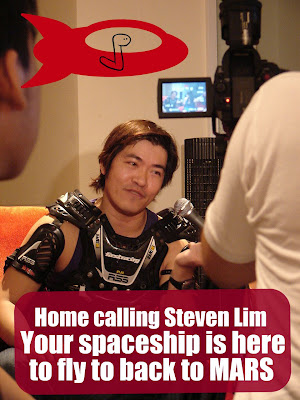 Yes at first I must admit I was pretty wonked up when I met him.. he came in this armoured suit, as if he was like some hero from the past, all ready for combat... 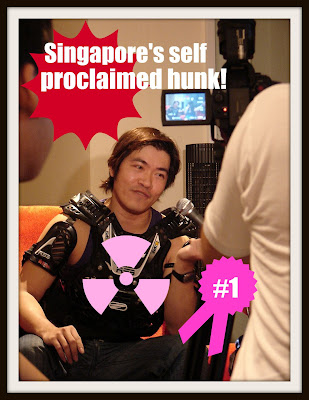 I asked why why he needed to wear that armoured plate and all he said wat "NICE WAT... for BLOGBUZZ.TV...." 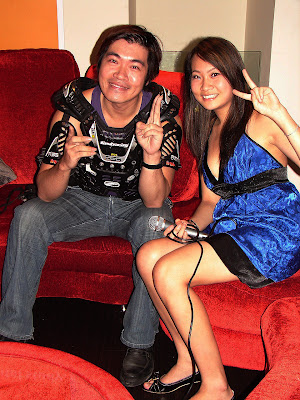 Did anyone of you know that Steven Lim has an online modeling site? Basically he has over 200 models to boast of already, one of which is Ylva... 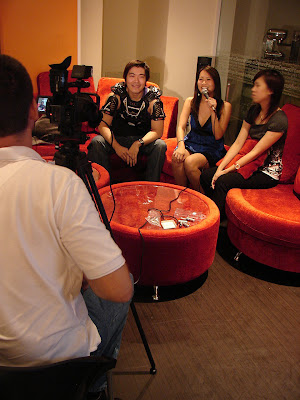 as seen on the right of the picture.... 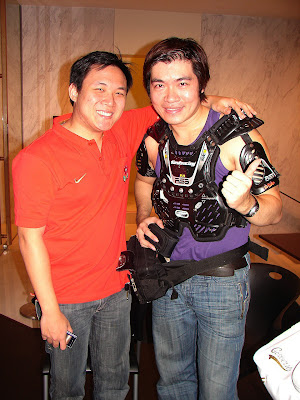 Yes Steven Lim to me, was and still is an enigma, I couldn't really figure him out after that couple of hours with him... but all I can say is that... he is very friendly and very chatty... He kept calling Ming "LAO BAN" or "BIG BOSS" and kept going on about how rich Todd Murray was... (Todd is the producer of blogbuzz.tv, who doubles up at the camera man as welll.. basically he is MR. SUPERMAN who does everything!!!!!! :) He's the BEST!) 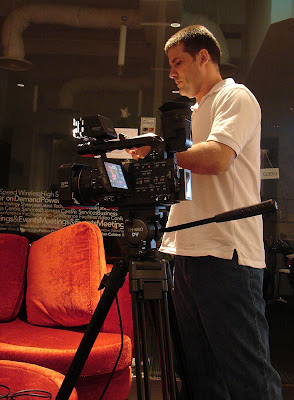 It got a bit weird though when Steven started hitting on Todd, and we had to on numerous occasions remind Steven that Todd was married... Maybe it wasn't so much "hitting" on Todd, but it was very blatant flirting.... (so many girls there, he flirt only with Todd... we should be relieved right?)

But to be honest, Steven wasn't as bad as I thought he would be.. considering I used to hide behind walls outside Tangs for hear he would rip out my eyebrows.... 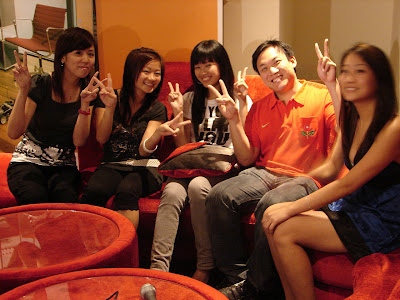 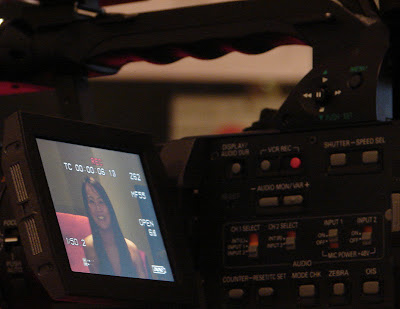 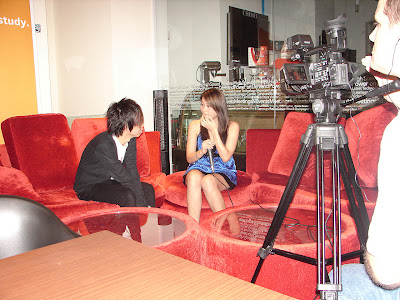 Personally, I'm like super jealous of Jayden's blogsite... it's every blogger's wet dream! Uber nice, with the flash and the blog layout!!! In this episode, we cover tips on how someone can beautify their blog and how we can learn simple tips to enhance the way our blogsite looks. 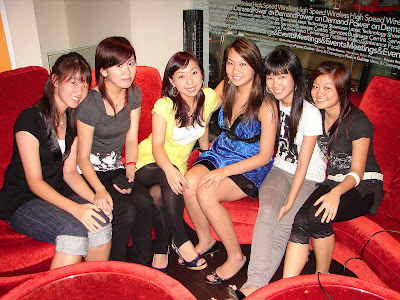 Nadnut then shares with us her thoughts on how blogging has evolved since the cowboy bar days... 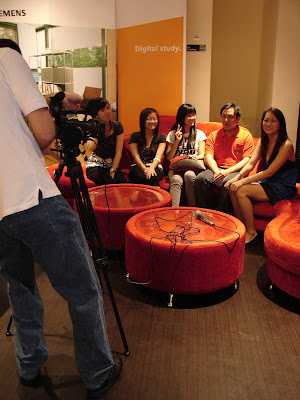 We also interview Denise and Han on their blogshop, and Ylva, Jo, Ming and Huiwen about how bloggers can earn money through Nuffnang...

Watch out for the next 5 episode posted up by End December k? Oh yah.. BLOGBUZZ.TV will soon be all over the small screens in Macs from January onwards!! Watch out for us!!!
Posted by eStee at 4:12 PM

everything is nice and cool except steven lim..spoiler!

your dress VERY NICE! I LIKE!!! where you buy it?

Heh Estee! Thanks for the write-up and pics :) You did a great job organising and presenting... and that dress!!!!

jayden: wait until ur episode screens

Justin: Steven Lim's episode is gonna be sooo funny i tell u... i gruel him...

flux: I think steven Lim will be the highlight!!

Todd: Thanks Todd... ur the superman behind this! I can't wait for the episodes to be up!

pls lo, i rather u pack me inside luggage.. lol